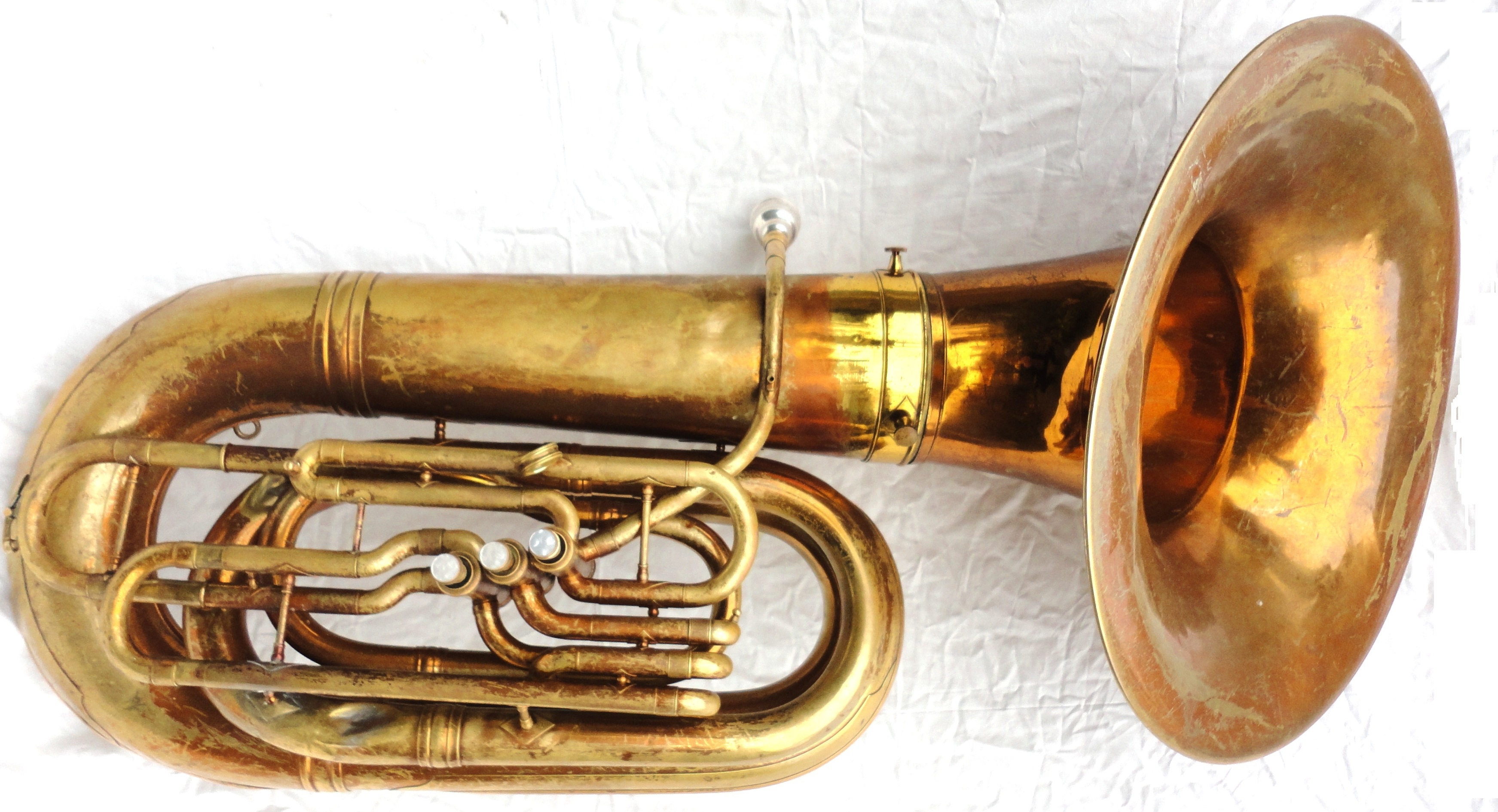 Here you'll find pictures of King tuba's with their serial numbers. It's about the many lives a tuba can live.

I started collecting them when I bought an old King 1240 tuba, some years ago. A wonderful instrument.

Henderson N. White started building trombones in Detroit in 1894. In 1909 he moved to Cleveland. The name 'King' came from the then well known trombonist Thomas King, who participated in the development of the new instruments.

Early instruments have a lion's head near the serial number and are marked The King. Before 1918 the engraving read simply as 'H. N. White'. In 1918 the company was incorporated and 'Co' was added to the engraving. In September 1964 the King logo was updated to the crown that is still used today. After 1965 (from number 426000 onwards) all horns were made in Eastlake, Ohio and engraved King Musical Instruments.

If you want to see your King tuba added, please e-mail me a picture and the serial number.

If you want to correct or comment, please e-mail me also.

Other (and older) King tuba's